California Herald: Regaining Your Focus in the Face of Challenges with Vick Tipnes 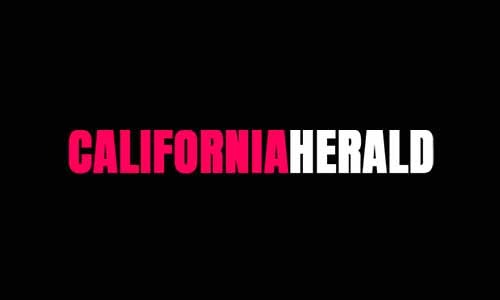 Everybody has a dream; each of us tries to reach for those dreams one way or another. There are some that struggle and decide that it isn’t worth it, but there are also those that persevere despite all the struggles that they have to face. Then there are also some of us that can’t seem to find a goal to latch on to. Vick Tipnes belonged to the fortunate few that had a dream, struggled for it, but achieved it in the end. This is a story of success, and it all started when Vick was a little boy.

Vick Tipnes always knew that he wanted to be an entrepreneur, as a kid he had high hopes of becoming a great businessman, looking up to his father for inspiration who was also an entrepreneur. Growing up, he eventually realized that he wasn’t great at selling anything at all, he realized that if he wanted to start a career in the business industry, he had to at least work on his salesmanship.

He started working as a car salesman to get a good grasp on salesmanship and improve his entrepreneurial skills. He gained a lot of valuable experience from his time as a car salesman and managed to boost up his confidence as well; this was looking to be a start of a fruitful career for Vick.

After gaining the right skill set and a set amount of knowledge, he then ventured on to establish his very own business. Though Vick struggled to scale the businesses he started early on in his career, he had to sell the businesses he started since the mounting problems were too difficult to bear. By the time he turned 35 years old it finally hit him, he had realized that he had to work harder than ever before in order to reach for his dreams, he couldn’t just take no for an answer if he wanted to amount to anything.

And so he took action and sought self-improvement to the point of near obsession. He was obsessed with gaining more knowledge so he could improve his skills in the business industry. During this time, Vick had little or no money to his name, he didn’t even own a sofa, but he had something more important, he had belief in himself. He knew that if he made himself more able and had more knowledge, it would benefit everyone around him.

He finally hatched a plan to establish Blackstone Medical Services straight from his own kitchen. He started Blackstone in 2012; with the purpose of helping as many people as he could through better cost, access, and quality. Vick started Blackstone from a 400 sq.ft office, with no revenue, one employee, and a loan from an investor. He just accepted the fact that some weeks he may not get paid because he had to take care of his employees first, but he knew that all the hard work and sacrifice would pay off one day.

And so it did, since then, Blackstone Medical Services has grown into becoming one of the largest providers of Home Sleep Testing services in the USA. Blackstone recently made the coveted Inc 5000 list in 2016, 2017, 2018, and was ranked 1276 out of 5000 companies in the country, based on its 345% growth.

They have grown into a national company that does business in all 50 states in America. They are contracted with over 17 million lives via various Insurance Providers, providing an unmatched level of service to their clients.

Vick Tipnes managed to overcome the challenges that he faced by refocusing on his goals and his true purpose. Now he owns a company that earns him money and gives him financial freedom while also helping those around him.