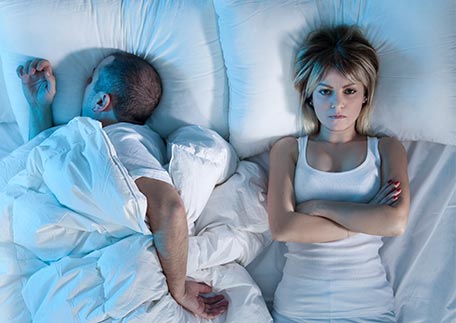 With society engulfed in a technologically-driven world, it’s no surprise that people are sleeping less each night. What’s to blame? According to studies, cell phones and computers are the biggest distractors.

Many sleep specialists have reported that texting is still on the rise, especially among adolescents and young adults. According to studies, teenagers send an average of 100 text messages a day and are now even responding to text messages subconsciously. It happens so frequently that it’s been given a name—“sleep texting.”

“The phone will beep [and] they’ll answer the text,” said Elizabeth Dowell, a nursing professor at Villanova University. “They’ll either respond in words or gibberish. [It] can even be inappropriate. Ex-girlfriends contacting ex-boyfriends, saying ‘I miss you; I want to see you.’ The thing that happens, though, is that when they wake up, there’s no
memory.”

And this doesn’t only happen to teenagers. Dr. Michael Breus, a clinical psychologist and sleep specialist, told the Huffington Post that based on his conversations with patients, he believes that anyone who sleeps with a phone nearby is susceptible to this growing trend.

“It’s basically what we call an arousal disorder,” said Breus. “Somebody gets woken up but is not completely awake from the process of sleeping.”

The bottom line is that this behavior is negatively affecting the bottom line. According to a Harvard Medical School study, chronic exhaustion is costing the economy $63.2 billion in lost productivity. Because of this, employers nationwide are finding ways to encourage workers to sleep better at night. Experts suggest that adults should sleep seven to nine hours per night, while teenagers need more than that to function properly.

What can you do to improve your sleep schedule? The National Sleep Foundation suggests that you: