Thrive Global: Introducing Vick Tipnes and How He Found Success His Own Way 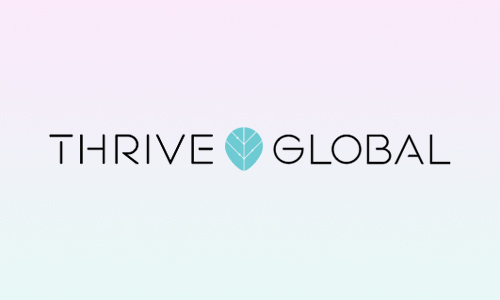 Vick Tipnes parents always pushed the path of education, his older brothers went to college, but Vick knew that it wasn’t meant for him.

The Thrive Global Community welcomes voices from many spheres on our open platform. We publish pieces as written by outside contributors with a wide range of opinions, which don’t necessarily reflect our own. Community stories are not commissioned by our editorial team and must meet our guidelines prior to being published.

Conventionally, the path to success is laid out for most of us. Most children go to grade school, graduate, go to high school, and then eventually go to college after. The path of education is one that liberates and grants a multitude of opportunities to individuals. Vick Tipnes parents always pushed the path of education, his older brothers went to college, but Vick knew that it wasn’t meant for him. He’s always been a rebel, yet he also kept an open mind, he pursued college for six months but then dropped out to pursue his own goals.

Vick wanted to become an entrepreneur; he has known that ever since he was a kid. Though he wasn’t born with great salesmanship, he strived to quickly grasp the concepts of sales and build his confidence. So, he took up a job as a car salesman to improve on his salesmanship and entrepreneurial skills.

After his car salesman job, Vick finally forayed into starting his own businesses. Although he had a rough start in the industry, struggling with establishing businesses and scaling them, forcing him to sell the said businesses. It wasn’t until he was 35 years old that he really woke up and realized that he needed to truly invest in himself if he wanted to amount to anything in life. The struggles that he faced pushed Vick to strive to perform, grab hold of himself, and put his life back together. It was at this point that he began to push for self-improvement and invested every dollar towards his goals.

At the time, he had little or no money to his name, he didn’t even own a sofa, but he had something more important, he had belief in himself. He knew that if he made himself more able and had more knowledge, it would benefit everyone around him.

Putting all his time and effort into a singular vision, Vick finally established his company called Blackstone Medical Services in 2012, straight from his very own kitchen. Currently, Blackstone is one of the largest providers of Home Sleep Testing services in the USA. Blackstone recently made the coveted Inc 5000 list in 2016, 2017, 2018, and was ranked 1276 out of 5000 companies in the country, based on its 345% growth.

Vick Tipnes has forged his own path and created something out of what truly matters to him. He sought to improve himself in order to improve the lives of others, despite the struggles that he experienced and the hardships that he had to overcome, he conquered all of them with great finesse. Vick is truly a man of inspiration, finding success in an unconventional way by putting all of his time and efforts into a singular goal and vision.