KTVN News: Vick Tipnes and The Struggles That Made Him Stronger 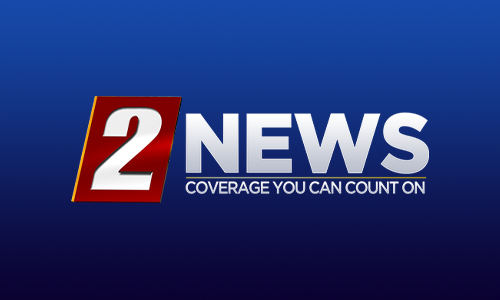 Meet Vick Tipnes, a London-born entrepreneur who immigrated to Florida as a young boy along with his family.  He currently owns, Blackstone Medical Services which he established back in 2012 straight from his very own kitchen. Currently, Blackstone has over 30 employees and is now a multi-million dollar revenue company, providing better quality, access, and costs for Patients, Providers, and Insurance Companies alike. However, it wasn’t always like that, Vick and his company has had humble beginnings and a fair share of struggles along the way.
During his younger days, Vick Tipnes always knew that he wanted to be an entrepreneur. His father was also an entrepreneur and Vick would often ask his father if he would invest in a company that Vick founded. Though he wasn’t great at salesmanship, he realized that if he wanted to start a career in the business industry, he had to overcome that massive hurdle.
He started working as a car salesman to get a good grasp on salesmanship and improve his entrepreneurial skills. He gained a lot of valuable experience from his time as a car salesman and managed to boost up his confidence as well; this was looking to be a start of a fruitful career for Vick.
He then decided to begin establishing his very own business after gaining some skills. Though Vick struggled with things for a while and had to sell his businesses since he couldn’t scale them and problems were piling up. It wasn’t until he was 35 years old that he finally realized what he had to do in order to achieve his goals in life. He needed to take action and strive for self-improvement; he equipped himself with knowledge and even more skills so that he could finally overcome his struggles.

At the time he had little or no money to his name, he didn’t even own a sofa, but he had something more important, he had belief in himself. He knew that if he made himself more able and had more knowledge, it would benefit everyone around him.

Despite all the struggles that came his way, Vick managed to grow his company into what it is today. Since then, Blackstone has grown into becoming one of the largest providers of Home Sleep Testing services in the USA. Blackstone recently made the coveted Inc 5000 list in 2016, 2017, 2018 and was ranked 1276 out of 5000 companies in the country, based on its 345% growth.
They have grown into a national company that does business in over 50 states in America. They are contracted with over 17 million lives via various Insurance Providers, providing an unmatched level of service to their clients.
The struggles that Vick Tipnes has faced has only made him stronger. Managing to grow his company into a very successful means to earn as well as providing valuable services to patients, providers, and insurance companies, despite the number of struggles that he had to overcome is a feat in and of itself. There’s nowhere to go but up for Vick and Blackstone, and it’s exciting to see how far they’ve come.
Link to Article: https://www.ktvn.com/story/42023701/vick-tipnes-and-the-struggles-that-made-him-stronger