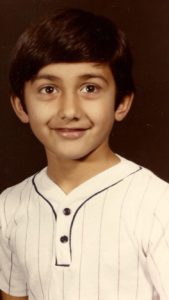 Born in London, England, Vick and his family immigrated to Tallahassee Florida when he was a young boy.

Vick found opportunities at every turn – his older brother would give him his RayBan Aviator sunglasses when he was tired of them, and Vick would call the Tallahassee Tribune and place an ad to sell them. One day, a man showed up at his door, Vick’s dad answered and said he was here to see Vick. His dad looked at him funny, but Vick made 60 bucks that day!

Even though Vick’s parents pushed education, and his older brothers went to college, Vick always knew it was not his path. Vick was and still has a rebel streak in him. He did give it a try and kept an open mind, but after 6 months of college, he decided to drop out and pursue his goals.

Vick will always say he wasn’t born with great salesmanship skills, he knew he needed to learn it and learn it quickly, so he threw himself to the wolves and decided to go and sell cars. That was an amazing experience for Vick, you had to sink or swim. After learning the business, he did really well and was a salesman of the month and had his picture in the Tallahassee Tribune. That really helped build his confidence.

Vick struggled through various businesses that he started and sold but didn’t really reach his full potential, when compared to the image he had in mind. Vick struggled with things for a while. It wasn’t until he was 35 years old that Vick really woke up and realized that he needed to truly invest in himself if he was going to become anything in life. Once that ball dropped for him, everything changed. He took massive action to learn and educate himself as much as he could. He became obsessed with bettering himself and invested every dollar he had in him. At the time, Vick had little or no money, he didn’t even have a sofa, but he had a belief in himself. Some people may think that’s crazy, but Vick knew if he made himself more able and had more knowledge, everyone around him would benefit. 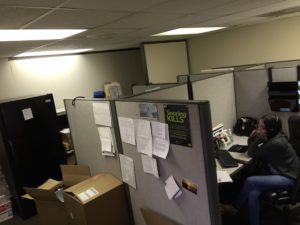 Vick started Blackstone in 2012; his purpose was to help as many people as he could, through better cost, access, and quality to home sleep testing. He started this business from a 400 sq. ft. office, with no revenue, one employee, and a loan from an investor. As an Entrepreneur, you have to accept the fact that some weeks you may not get paid because you have to take care of your employees first, so it was always a challenge. But Vick knew that all the hard work and sacrifice would pay off one day.

Today Blackstone has over 200 employees and is a multi-million-dollar revenue company. It has grown into a National company that does business in all 50 states. Blackstone is contracted with over 79 million lives via various Insurance Providers and we provide a level of service to our Patients, Physicians, and Insurance Providers that is unmatched.