Sleep Apnea and High Blood Pressure: What are the Risks? 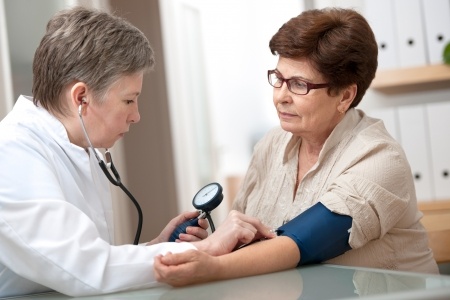 In recent studies, people who suffer with sleep apnea (moderate to severe), and who were also at risk for heart problems and high blood pressure, were studied to see what, if any, effect the apnea had on the individual’s blood pressure. There were 284 participants in the study with the average age being 63. Of these, 61 percent had their blood pressure under control and the rest did not. Those individuals who had severe sleep apnea were found to have 4 times more cases of resistant higher blood pressure than those without apnea.

It was also determined that those with a higher risk of cardiovascular disease, who also had moderate to severe sleep apnea, were more likely to have high blood pressure readings even if the patient was being treated with blood pressure medications. In simple terms, those who had apnea that was not treated, also had problems with their blood pressure.

The type of sleep apnea that was studied is called Obstructive Sleep Apnea (OSA). It is a blocking of the airway that is caused by the airway muscle being reduced in size. It can be either complete or partial.

OSA (in moderate to severe cases) can bring about a variety of changes in the body as the person goes through the episode. One of these changes is an increase in blood pressure.

These same results have been seen in cross-ethnic studies, including those for African American and Japanese patients. These studies examining the possible connections between OSA and cardiovascular disease are only in their infancy. Much more needs to be done before any concrete conclusions can be made. In the meantime, those who suffer from sleep apnea, and also have any form of high blood pressure, may want to consult with their primary care giver. There are treatments for some forms of sleep apnea, and if the apnea can be effectively controlled, then the other health issues may be avoided as well.

These studies are on-going, and you may wish to keep up with the current findings. You can find information on this issue online or you can discuss it with your doctor.